Our port is called Zaton and that’s where we start our Game of Thrones journey. Zaton is a typical Dalmatian settlement located
in the north-western part of Šibenik Bay, 10 km from Šibenik, at 43° 47’ N i 15° 49’ E. Surrounded by hills, it is constructed with
old and new stone houses, it appeared on the very edge of the Bay of the same name, in the channel that connects the salty Prokljan
Lake with Šibenik Bay. Our boarding time starts at 17:00 and you will get to meet your crew which will  be at your service on your cruise.

This tour takes you to the beautiful Krka National Park, home to more than 800 species of flora and a huge range of birds. You’ll trek through lush vegetation to the magnificent waterfalls of Skradinski Buk, and Roški Slap, enjoying views of beautiful small cascades and numerous backwaters and islets. This tour will give you an additional experience at your seaside holiday. A visit to a one of a kind Falconry Center in the little village Dubrava, just a few km away from the NP Krka will be an unforgettable experience for everyone wanting to feel a breeze of wilderness and adventure by getting to know the mysterious life of sky hunters – falcons. Visitors will see a special program where they will enjoy observing the beauty of falcons flying and have them so close to see them eye to eye. A special place in this Falconry Center is an ambulance for birds that helps all wounded, sick or starved birds that need help with surviving in the nature. Visit a place where Croatian medieval falconry was born and where a lot of falcon trainers have learned their expertise. This will be an unforgettable experience for everyone who wants to feel a breeze of wilderness and adventure.

Visit Šibenik, a city famous for its UNESCO listed medieval cathedral. Taking a walk through the narrow medieval streets of old town you will arrive to the Cathedral, to see the famous apses and the amazing stone work of medieval masters and sculptors from 15th century in Dalmatia.

On this tour we will take you to filming locations and reveal the GOT side of Šibenik.

Enjoy the stone carvings of the Šibenik Cathedral of St. Jacob. Listen to the whispers of stonemasons, who spent their entire lives struggling to finish this amazing work of art. Feel the soul of this town, like no other town on Mediterranean has. We’ll also take you to see one other thing that makes this town special, it’s  four fortress – oldest of St. Michael (Sveti Mihovil), then St. Nicholas (Sveti Nikola) which was built on an island at the entrance to the sea channel, then St. John  (Sveti Ivan) and Barone.

Saint Michael gave the Šibenik its patron. St. Nicholas was built in 1544th and it kept the marine approach where the city never threatened. Sveti Ivan (St. John) and Barone were built for only three months have still have proved impregnable for the Turkish Pasha Halil Bey who was in 1646 year in Šibenik trying to beat with 4,000 troops. 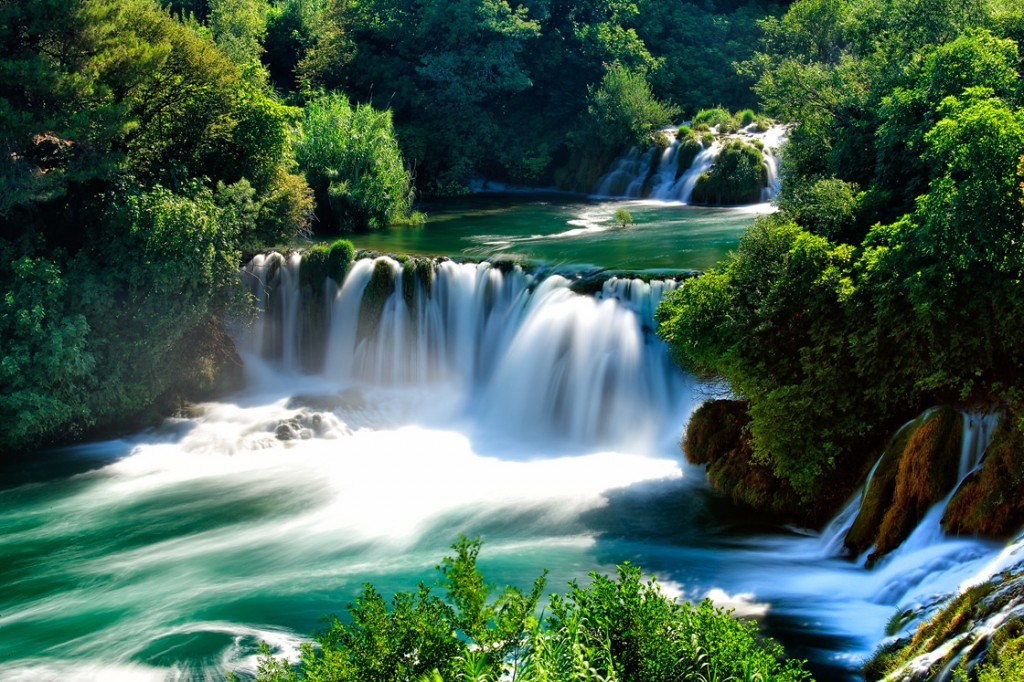 Start the tour at Diocletian’s Palace in the very heart of Split, built in the glory of Ancient Rome and feel the blood of the dragon pulse through your veins, as you walk through the actual scenery of A Game of Thrones. The Roman palace was constructed by Emperor Diocletian, it is a UNESCO World Heritage site and has been a high point for world travelers for well over seventeen hundred years, sparking the imagination of its natives, conquerors and guests – much like the cast of Game of Thrones and their crew. Daenerys fought the slave-owner overlords the Mereen and Yunkai with her faithful Unsullied within these very walls, only to return to Westeros as the victorious queen. This is where it happened.

Next you will travel to the suburban town of Žrnovnica, once the home to a great number of grain mills, many of which have disappeared since medieval times, but those that survived the test of time have been meticulously restored and are a sight to behold. This is the setting where Daenerys’s trusted handmaid and interpreter Missandei had her bathing scene. Primarily a quarry, Žrnovnica and was selected as a real-world backdrop for an intense battle in the fourth season of Game of Thrones. You will walk where battles took place, and more importantly, you’ll dine upon Dalmatian delicacies, including wine, cheese, strong spirits and olive oil, in an idyllic setting, where meadows meet waters.

Your tour concludes at Klis Fortress, an ancient stronghold built upon stone cliffs atop of the City of Split, a structure that has been the epicenter to some of Croatia’s most legendary struggles throughout history. In recent years, Klis Fortress has found a new role: as the perfect filming location for Daenerys’s stronghold. Once you are there, looking down upon the land from the top of the hill, you will feel the sheer power of the mighty Targaryens, with a breathtaking view of the Dalmatian Metropolis, Split. But upon the fortress, you will forget all about the city beneath you and our world, as you will become one with the realm of A Game of Thrones, as we have crafted fantasy into reality.

At the end of the tour you will dinne on one of the filming locations. Enjoy the traditional Croatian under-the-bell barbeque known as ‘peka’!

Discover the historical legacy of Hvar step by step and listen to the stories of the town’s citadel, its medieval walls, the monasteries and palaces. Visit the Benedictine nunnery, a place where nuns still live in a secluded convent and whose existence is only visible to the public through their handmade lace – works of art so unique they are on the UNESCIO list of cultural treasures. As we stroll through Hvar’s picturesque streets you’ll come to know centuries of Dalmatian architecture.

Our half day tour starts with a car transfer to Hvar’s Fortica Castle, which is the best place for the most amazing view of the entire city and island archipelago. After learning more about the castle and its history we’ll begin our gentle stroll down to the city center through lush pine woods until we reach old part of the town called Groda.

At Groda we will stop at Benedictine Nun’s museum where you will see their signature works of art: Agava pattern laces, which last year became UNESCO protected. Afterwards we will discover the city square, Arsenal Theatre, cathedral and finish our tour with espresso at Cafe Piazza. Free time up on the arrival in Hvar. 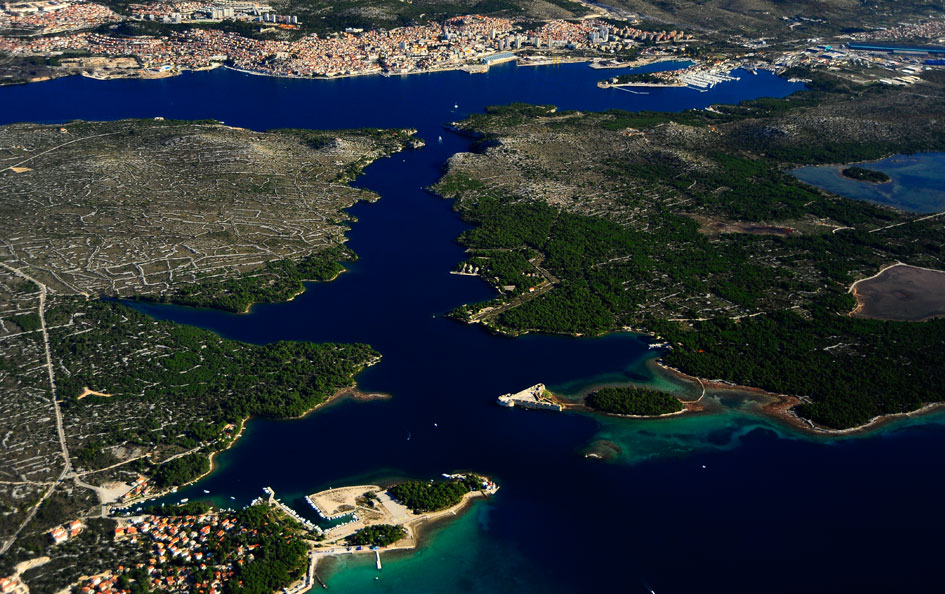 Covered with dense pine forest, the island was named Korkyra Melaina, meaning “Black Korčula”, by the Greeks in the 3rd century B.C.

They first founded Lumbarda, looking for new locations for wineries were we’ll take first. Here you’ll get familiar with a local white wine sort Grk, but also with other gastro specialties of Korčula such as cheese, olive oil, grappa and much more. After that, the city of Korčula awaits us, one of the most beautiful medieval cities on the Adriatic Coast. We tour its charming streets and squares with Renaissance palaces, and magnificent Cathedral of St Mark, the city’s patron saint and of course Marco Polo’s house. Free time u on the arrival in Korčula. 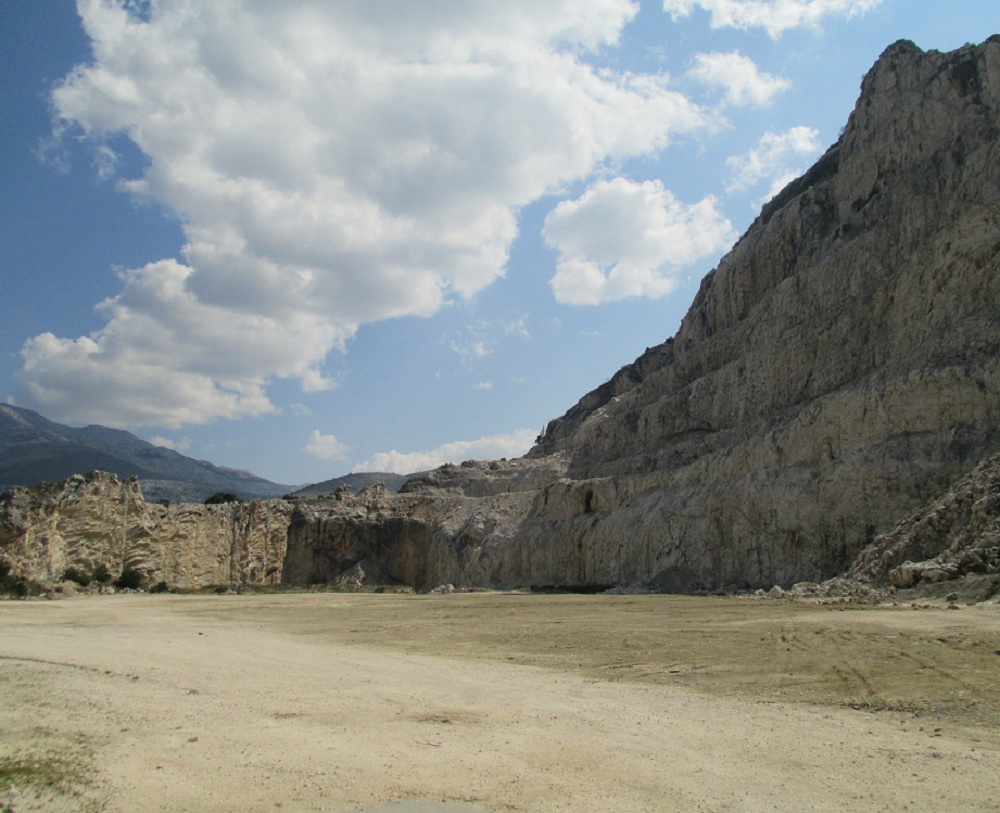 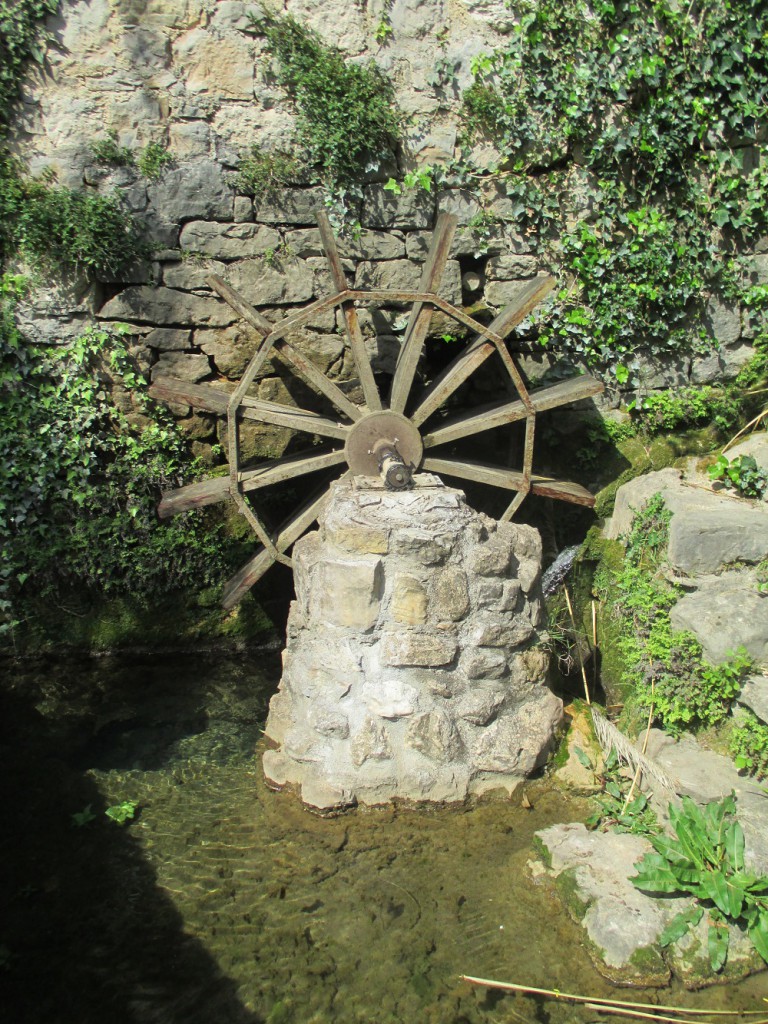 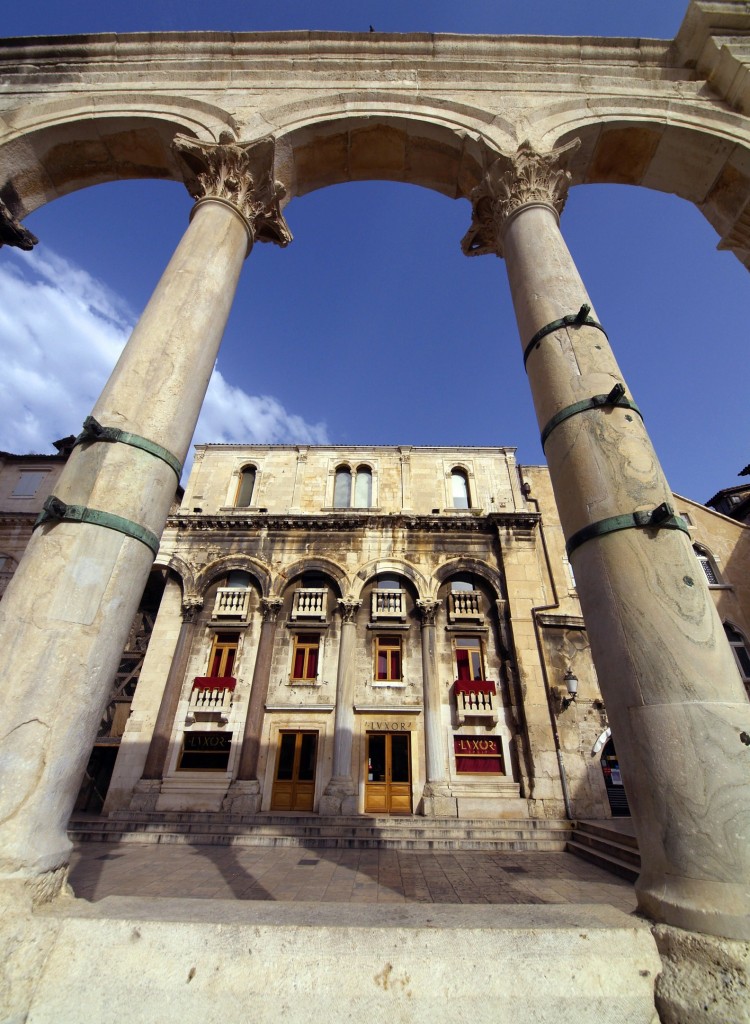 The Pelješac Peninsula is the most famous region in Croatia for the production of quality red wines. We will take you to a household in the village. This village boasts the prettiest konoba (a Dalmatian-style tavern) in the area, which will be an opportunity to experience a warm Dalmatian welcome in the form of an excellent homemade herb brandy, local food and wine of a quality that you would not be able to obtain in any posh restaurant or purchase in any shop.

But the real treat is the tour that takes you to discover The Great Wall of Ston and Salt work.

In the unique environment which Ston   can offer, this Medieval little town with whose history reaches back as far as the 14th century. It is a small town with the longest stone wall in Europe (5,5km),with narrow quiet streets, noble ancient houses and with traces of ancient cultures. Its former value as a „salt city“ gets confirmed even today in the plants of the oldest active saltworks in the world. These salt works have remained faith full to the tradition and to the natural way of salt production which has not changed since remote ages.

Our tour will start in Trsteno Arboretum, the oldest arboretum in this part of the world. Located north of Dubrovnik, in Trsteno next to the sea, here you will walk through the palace gardens of King’s Landing, where gossip and intrigue foreshadowed battles. This luscious combination of green plant-life and superb architecture of yesteryear tells tails of royalty.

Then we will take you to King’s Landing, Dubrovnik, latest and official capital of Seven Kingdoms. This is where the kings of Westeros plotted against their own blood and other enemies. Dubrovnik is one of Croatia’s top tourist destinations, ‘The Pearl of the Adriatic’, known for its spectacular seafront location on the Dalmatian coast and breathtaking beauty. For most of its history, Dubrovnik was a republic of its own and a beacon of diplomacy. UNESCO has placed Dubrovnik under its special protection in 1979. We will walk on Stradun, Dubrovnik’s main street, afterwards we’ll climb on the city walls which completely surrounds the Old town, including the Harbor.

There you’ll see Minčeta Tower, located on a cliff, in series used as a House of the Undying. In history, it was Dubrovnik’s biggest defence tower and sort of a symbol of how the city is ‘free and unconquerable’. Lovrijenac Fortress was the Red Keep, the residence of the King of the Andals and the First Men. It is located outside Dubrovnik on a 40 m high rock on the shore. At the entrance is an ancient inscription ‘Liberty is not sold for all the gold in the world’. The bay right in front of the fortress was used for the climatic scenes during the Battle of Blackwater.  Only a few hundred meters off the coast of lies the green and lush island of Lokrum, which is only 10 minutes by boat from the old port. The fortress is on the highest point of the island with an amazing view over the protected national park. In series, Lokrum was turned into Qarth, the ‘Queen of Cities’ on the continent of Essos, and the setting for much of Daenerys’ story in season two.